AI and the future of accountancy 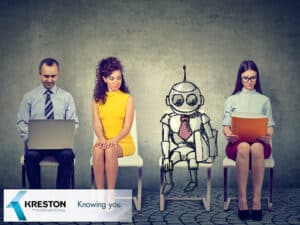 Artificial Intelligence (AI) has been garnering a lot of media attention of late. And for good reason – its potential is revolutionary. But why is it suddenly taking off now when it has been around for decades? The answer can be traced back to 2006. The New York Times pinpointed it to when Amazon started selling cheap computing over the internet and Google and Yahoo! released statistical methods for dealing with the unruly data of human behavior. A year later, Apple released the first iPhone, which began a boom in unruly-data collection. And combined with the consequent proliferation of smartphones and declining computing costs, AI has been given the conditions where it has been able to thrive.

There doesn’t seem to be an industry untouched by AI. It’s helping to tackle everything from eye disease diagnosis to terrorism, trafficking and money laundering. Campaign also highlighted the potential effects on shopping habits and brands as AI becomes ever more integrated into the consumer experience.

Accountancy is far from exempt. Indeed it’s one of the industries set to be most affected by AI, where it has the potential to take on auditing and other, shall we say, more mundane tasks. The Financial Times commented, “Better technology can improve the quality of audit work by carrying out tasks faster, and potentially more accurately, than a human ever could. It can also assess huge volumes of data and generate new types of insights”.

However, I believe the impact of AI could be much more far reaching. The ICAEW paper Artificial Intelligence and the Future of Accountancy stated, “AI raises opportunities for much more radical change, as systems increasingly take over decision-making tasks currently done by humans.” Such an example could be using AI to globally structure a group in order to gain maximum tax efficiency. It is these kinds of high-end tasks that AI could support and potentially take over in the future. As Amazon CEO, Jeff Bezos, put it, “Basically, there’s no institution in the world that cannot be improved with machine learning”. Already we’re seeing more trust being placed in decisions made by AI with Danish company a2i helping to regulate prices at petrol pump stations. It’s this speed and ability to solve complex problems that makes AI so adept at decision-making.

Will AI completely do away with accountants all together? I hope not! But in all seriousness, I believe that at its heart accountancy is a face-to-face profession. Our clients are people and it’s fair to say that you deserve somebody who you know you can count on, not just lines of code. That’s why our strapline is Knowing You. To understand your needs and aspirations. And the challenges you face. To build a lasting partnership. That’s something a bot will never be able to do.