Carrillion Collapse – what does it mean for your business? 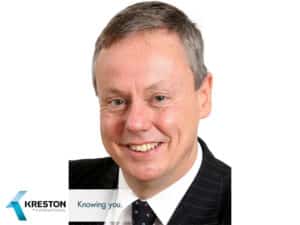 The UK news is awash with comment and speculation following the collapse of Carrillion – the multi-national contractor and services provider. Surprise is not limited to how it is that the group could have such a spectacular fall from grace or how it was able to secure significant UK Government contracts when its market capitalisation was in free-fall. There is also a degree of curiosity about why the Group has been liquidated on an order of the English Courts when advisers were lined up to handle its potential administration only a few days earlier.

Whatever the explanation, for some lucky enough to work for or with Carrillion on its UK public sector contracts, life seems set to remain unchanged for the time being. For those engaged on private sector contracts in the UK and elsewhere, however, work is more likely to cease abruptly. For suppliers and sub-contractors owed money, bills will remain unpaid affecting the cash flow of businesses throughout the supply chain. For those severely affected, one thing is for certain. It will not help to ignore the problem and hope it goes away. It won’t.

Joint venture partners face the prospect of having to buy-out Carrillion’s activities from PwC, the special managers appointed to assist the Official Receiver, the UK Government officer charged with the winding up of the Carrillion companies. Some may see this as an opportunity, others may see it as a burden but, whatever the view taken, swift action is likely to be required.

Competitors by contrast may be more sanguine about the departure of Carrillion from the market – the loss of an aggressive competitor might help improve industry margins in the short term. Indeed, in some of the private sector contracts, there could be opportunities to step in to complete contracts; to recruit key personnel; or even to acquire now defunct business units.

For those unfamiliar with the turbulent world of English insolvency, access to good advice in the coming weeks will be key. If your business is affected by the issues raised, therefore, we would be pleased to hear from you. Kreston International’s network of firms across the globe stand ready to assist in any way we can.