Country-by-country reporting to be introduced in UK tax laws 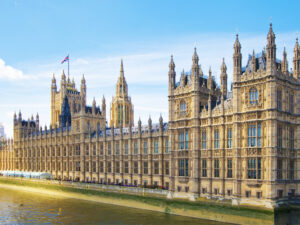 A legal amendment to the Finance Bill recently accepted by the UK government may pave the way for big changes in multinational corporate tax transparency and may set the tone abroad.

The amendment, tabled by UK Labour MP and member of the Public Accounts Committee (PAC), Caroline Flint, would allow the Treasury to receive financial information from multinationals, either headquartered or with a significant presence in the UK. According to the amendment, profits of multinational corporations will be disclosed to stakeholders and not just to tax authorities, and their tax information will include a “country-by-country report”. This would require each transnational corporation to provide the following information:

The idea of a “country-by-country report” refers to the already existing regulations on the subject: The Taxes (Base Erosion and Profit Shifting) (Country-by-Country Reporting) Regulations 2016.

The amendment happens shortly after the landmark ruling of the European Commission to order Apple to pay back up to £11 billion in taxes to Ireland. The EU’s antitrust arm concluded the tech firm was given illegal tax benefits.

In terms of tax evasion and avoidance of global corporations, the UK government, tax campaigners and NGOs expect that the initiative as a country-by-country report can have a positive impact on tax transparency worldwide. ActionAid claims that, according to IMF numbers, developing countries may lose £164,3 billion a year to corporate tax avoidance.

The support for country-by-country tax reporting is growing and it is important. The UK is putting the legal requirements in place and this will enable the reporting to be introduced when appropriate. A consistent introduction on an international basis would be the best way to guarantee its success worldwide.

Doing Business in the United Kingdom.