Implications of the Swiss tax reform 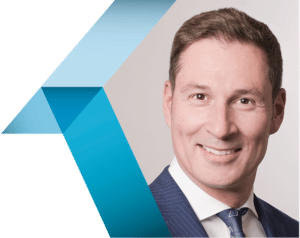 Following the failure of its Corporate Tax Reform III 2017, Switzerland adopted the Federal Act on Tax Reform and AHV Financing (TRAF[1]) on 19 May 2019.

The TRAF came into force on 1 January 2020 and has had a major impact on the tax burden on companies and permanent establishments in Switzerland. In addition, the parameters for the attractiveness of Switzerland and the cantons as a business location have changed. Established business models must be reviewed from a tax point of view and challenged regarding their tax efficiency.

With TRAF, Switzerland meets all OECD and EU standards and remains an attractive and successful location to do business. One of the most pivotal measures, to remain a top destination for international operating companies, was the reduction of the ordinary tax rate. Switzerland now offers ordinary effective tax rates from as low as 11.5–14% in most of its cantons.

Against the background of the rapidly changing international developments in corporate taxation, however, there is a constant need for action. Today, even more than in the past, a robust national and international tax structure must be underpinned by a well-planned defence strategy.

Companies and permanent establishments that were subject to the cantonal holding, domicile or mixed company privileges needed to reconsider the impact of the TRAF on their tax burden. Some companies had to reassess the group structure and the most favourable business location within Switzerland for their business going forward. As a consequence, some corporations have transferred some or all of their substance to another canton for tax as well as operational reasons.

Abolition of the privileged cantonal regimes

With the TRAF, all regimes were abolished as of 31 December 2019. As a result, all profits of a holding, domicile or mixed company are now fully subject to cantonal and communal income tax from 2020 onwards (income from qualifying investments will continue to be subject to a participation exemption).

As a transitional rule, those companies can disclose hidden reserves (goodwill) by way of a ‘step-up’, and write them off for tax purposes over a period of 5–10 years. Taxable profit will be reduced as a result.

These hidden reserves (goodwill) are regularly disclosed as part of the income tax return filing (for the first time with the 2019 tax return). Hidden reserves are disclosed either based on a Federal Supreme Court decision made in 2012 or based on the new TRAF.