Is inheritance tax at death’s door? 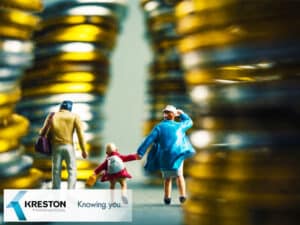 “A crushing, horrible, unfair disaster”. That’s how President Trump described inheritance tax; he aims to abolish it by 2025. Other countries have already repealed it – Russia, Australia and Sweden to name a few. But why has one of the oldest taxes (dating back to the days of the Roman Emperor Augustus) become so unpopular with governments? There are four main reasons.

It’s not fair
Many perceive it as a “double tax”, forcing them to pay out on their already taxed income once they pass.

People hate it
People are naturally protective of wanting to secure a legacy for their loved ones and they do not want to see almost half of it taken away by the state.

People don’t pay it
According to This is Money, “[in the UK] just 1 in 20 estates pay inheritance tax now”.

It doesn’t work
In South Korea, despite inheritance taxes of up to 65%, multinational companies known as chaebol (e.g. Samsung and Hyundai) are family dynasties, exploiting various legal loopholes to pass on the wealth to successive generations.

But does inheritance tax deserve this negative reputation? Let’s take a look at the other side of the coin.

It promotes equality
Arguably, there’s never been a greater need to disperse wealth, with half of Europe’s billionaires inheriting their riches. And despite the case against it, many countries still see inheritance tax as an effective tool to help create a fairer society.

It’s not the only double tax
Sales tax is also a double tax, yet it doesn’t receive anywhere near the same kind of ire.

It fosters hard work
In the New Statesmen article In defence of inheritance tax, the political commentator Stuart White stated, “the tax helps ensure that wealth is distributed more in line with thrift and hard work because it prevents the spendthrift and the lazy maintaining wealthy lifestyles through inheritance”.

Most countries still have it
Only 15 OECD countries levy no taxes on property passed to lineal heirs.

To conclude, the bell is tolling on inheritance tax (albeit slowly). Rightly or wrongly, it generates resentment in the public like no other tax, and politicians have taken note. People despise the thought of having the money they’ve saved for their entire lives being appropriated by the taxman. If two friends are willing to go as far as this to avoid paying it, it may suggest that inheritance tax’s time is up.

But whatever your views on the tax, know that our experts can help you leave a legacy to your loved ones in the most tax efficient way possible.