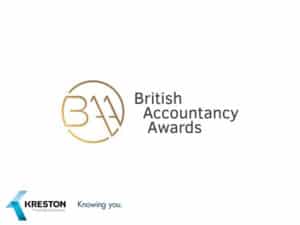 ​​Kreston International is pleased to announce that Kreston UK firms James Cowper Kreston and Duncan & Toplis have been shortlisted in the British Accountancy Awards 2018.

The British Accountancy Awards, run by Accountancy Age, are regarded as the industry’s most prestigious accolades, pinpointing professional development and highlighting those that have demonstrated excellence in their profession. Nominated in the Mid-Tier Firm of the Year category, James Cowper Kreston and Duncan & Toplis will be pitted against some of the best accountancy businesses in the country with a turnover between £10-£25m. Duncan & Toplis have also been shortlisted for Outstanding Client Project of the Year.

Robert Holland, Managing Partner of James Cowper Kreston said:
“The British Accountancy Awards are a sought after accolade which is widely recognised as a mark of excellence for a firm. The judging committee stated this year that they have had a surge in the calibre of entries, so to be shortlisted against such stiff competition is testament to the hard work and excellence of the teams and firm as a whole. We are thrilled to have been nominated and look forward to finding out the results at the award ceremony later this year.”

Kreston is an exceptional network of accountancy firms that continue to do great work and the teams should be proud to have their accomplishments recognised in this way. As Chair of Kreston UK and as Managing Director of Duncan & Toplis, I am delighted and would like to wish the two teams good luck for the final round.”

Attended by over 1000 guests across multiple firms, the award ceremony will take place on 26th September at the Marriott Hotel, London.