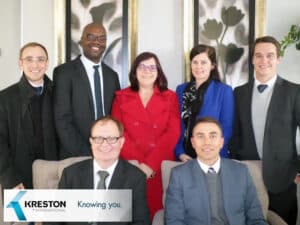 Kreston has significantly added to its coverage in Africa after admitting a network of six independent members that will sit under the umbrella brand Kreston South Africa.  Each firm will also take the Kreston name.

Jon Lisby, Kreston CEO, said:
“The admittance of Kreston South Africa has given us additional representation in eight major locations. The network’s decision to brand their offices upon entry is testament to their commitment to quality and presents the offices as one cohesive branded firm from the start. Nationally Kreston South Africa is well placed to compete in a challenging economic market”

Heinrich Möller, Partner of Kreston Pretoria commented:
“I am delighted that our network has been admitted to Kreston International. We are proud to take the Kreston name and to incorporate its values into our firms. We look forward to working with existing members across the region, forging important relationships and raising the profiled of Kreston International”.