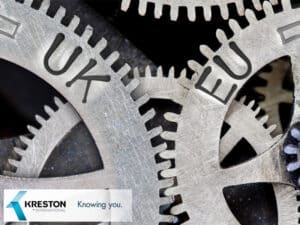 Kreston member firm, Kreston Reeves, found that in recent research; UK private businesses, despite the greatest period of political uncertainty for over a decade, are optimistic and predicting strong growth for the next three years.  Future growth is most likely to come from domestic markets yet, despite the UK’s decision to leave the EU, Europe remains a key market.

The research – published in a report called Going for Growth: UK company growth strategies to 2021 – was conducted over the summer of 2018 and is based on the views of 530 privately owned businesses from across the UK, 80% of which with a turnover below £25m.  The report aims to better understand the hopes and aspirations of businesses towards growth and the barriers to growth as Brexit draws ever closer.

The survey reports that 60% of privately-owned UK businesses have seen growth of 25% or more over the past three years, with 58% predicting growth over the next three years of 25% or more. Businesses also appear optimistic about Brexit, with 47% seeing Brexit as a business opportunity and 45% say their growth plans have been positively affected by Brexit.  Just 24% perceive Brexit as an obstacle and only 24% think it has negatively affected their growth plans.

A third (32%) of the survey’s sample generate between 50-100% of their revenues from their immediate geographic location.  And the UK is set to become an even more important market for businesses, with 56% believing their immediate geographic location to be the most attractive market for future growth.  But it is not necessarily a case of ‘Britain first’ – 46% of the business surveyed believe Europe to be highly attractive for future growth.

Andrew Griggs, Senior Partner at Kreston Reeves, said:
“Many UK businesses still appear to be thinking local when our world is increasingly global.  Whilst it is true that businesses will continue to grow in their domestic markets, the evidence of limited international ambition at a time when UK businesses should look to wider international markets has to be worrying.”

The Going for Growth report highlights include:
– 60% of businesses have grown by more than 25% over the past three years.
– 58% of businesses remain positive that they will grow by more than 25% over the next three years.
– 34% expect to see growth come from investment in new technology.
– 31% of businesses will finance growth through retained profit.
– 21% believe business uncertainty to be the biggest barrier to growth. Access to funding (20%) and increased competitor activity (20%) follow closely behind.
– 35% of businesses fail to scenario plan and prepare for eventualities that may impact their business.
– 35% of businesses have no international aspirations at all.
– 28% say they are unable to resource international expansion, with 27% saying the lack of experience holds them back.
– 32% say they would like help in finding international customers.
– 47% see Brexit as a business opportunity, with 45% saying their growth plans have been positively affected by Brexit. Just 24% perceive Brexit as an obstacle and only 24% think it has negatively affected their growth plans. The remaining businesses remain uncertain.

Andrew said:
“UK businesses are bullish about future growth, despite the uncertainty in the economic and political landscape.  They are, however, sensibly cautious about how future growth will be funded, turning to retained profits or organic growth.

Perhaps the greatest concern highlighted by Going for Growth is the reliance on UK customers and limited international ambitions.

24% of businesses surveyed generate up to a quarter of their revenues from Europe, compared with 21% from North America and South America, 23% each from the Middle East and Asia Pacific, and 22% from Australasia.

Resourcing international expansion holds back 28% of businesses, with a further 27% saying lack of experience is the main barrier.

Andrew said:
“A quarter of businesses told us that they simply do not know how to access international markets, which suggests that all the time, effort and money successive UK governments have invested in encouraging UK businesses to expand internationally is not yet working.  There is clearly more that can be done.

“The advice and support businesses need to support international expansion is quite straightforward.  They want help in identifying customers, partnering opportunities to spread risks and better government support and incentives.  Accountants and other advisers also need to play a greater role in advising businesses on international growth.”

Going for Growth: UK company growth strategies to 2021 is published by Kreston Reeves.  A copy of the report can be downloaded here www.krestonreeves.com/goingforgrowth.