Manufacturing and Brexit: Cautious optimism but…. 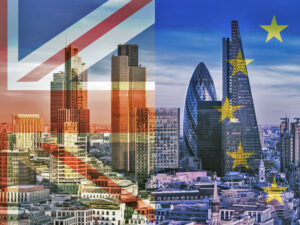 In his article, Sutton traces an overview of the market reaction to the decision by the British electorate on the 23rd June to exit the EU. He lists several effects following the referendum as Sterling devalues to its lowest level in 30 years against the dollar and the euro, UK manufactured goods become instantly more competitive, manufacturing outputs rose to their highest level in 25 years in August and raw material imports were predicted to become more expensive.

Despite the initial tumultuousness in the market after Brexit, economic numbers showed that the British manufacturing sector is able to compete with German manufacturers as the sector “has outperformed the productivity growth of the service sector in the 20 years prior to 2014”, says Sutton.

But trade with the EU is still very important. “There is an air of cautious optimism across the sector. Most manufacturers echo the sentiment that EU customers and suppliers who trade with the UK will want this to continue as the trade is very significant, 54% of UK imports come from the EU and 47% of UK exports go to the EU. Would it be foolhardy to jeopardise this lucrative trading arrangement?”, questions Sutton in his article.

Come rain or shine, there is an air of uncertainty. Sutton lists three important issues that need to be clarified.

– The Brexit government’s ability to negotiate a free trade agreement with the EU and the looming spectre of immigration which could derail this process.
– Government consideration as to how to fund EU manufacturing- will this be replaced once this source of funding has been switched off?
– Will the UK government support and drive the manufacturing sector?

According to Sutton, it is very important to keep a free trade environment between the UK and the EU, but things need time to be settle. “UK manufacturing needs to recognise that any deal to negotiate free trade status in the EU will be lengthy, face many hiccups along the way and ultimately will need the agreement of all 28 EU members”.

Clearly there are big challenges ahead.

Heidi Thompson, HR Director at member firm Duncan & Toplis looks at how employers can respond to the impact of rising inflation on their staff