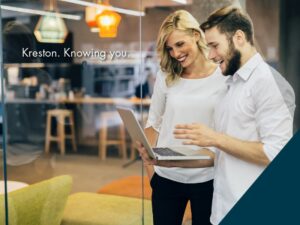 Earlier this month, the Slovenian Prime Minister, Miro Cerar, stated that he “want[s] to position Slovenia as the most recognised blockchain destination in the European Union.” [1] Such grand declarations shows just how far the cryptocurrency public ledger has come in a short period of time. But it’s not just blockchain that’s reshaping industry; there’s a whole range of emerging technology that has the same kind of revolutionary potential. The Internet of Things, augmented and virtual reality, artificial intelligence, 3D printing, robots and drones have all garnered plentiful column inches because of their disruptive capabilities. In fact, many of these topics were covered at our Asia Pacific conference in Kuala Lumpur this August, where Patrick Schwerdtfeger from Trend Mastery talked about “Being a Leader in a Data-Driven World”. But what do of all these emerging techs mean for SMEs?

It’s my opinion that SMEs should be open to these new and emerging technologies. In fact, they could even lead the way. In the case of artificial intelligence, The Financial Times stated, “…there is no reason why SMEs should not welcome these advantages with open arms. The winners in the automation race will be the fastest, nimblest and hungriest, not the big beasts.” I believe that emerging tech should be thought of not just as an operating expense or capital investment, but as a strategic enabler to drive scalability, competitiveness and growth. In fact, according to a new survey-based whitepaper by technology company Insight Enterprises Inc., 69% of small and medium-sized businesses are devoting part of their IT budget for 2016 to newer and emerging technologies. These included 3D printers and wearable devices, as well as dashboard and data visualization software applications.

In the accountancy industry, I’ve seen first-hand the effect of what emerging tech can do. Automation means it’s now possible to free up manpower from administrative tasks and to streamline our processes. This leaves us more resources on to focus on consultative areas, providing our clients with essential expertise to help them thrive and expand, perhaps embracing tech-based opportunities of their own. But it’s also worth noting the reverberations that these technological advancements can have on the wider economy. Research by YouGov estimated that robots could take the jobs of 4 million UK private sector jobs in 10 years, with the finance and accounting, transportation, distribution and manufacturing industries the most affected. [2]

There’s always inherent risk whenever a business chooses to adopt a new technology. Recent history is littered with examples of lauded tech that failed to live up to the hype. Even the biggest and most successful companies don’t always get it right. Prime examples include “Google Glass” and Apple’s doomed PDA device – the “Newton”. However, on the other side of the bitcoin, businesses that fail to acknowledge change can soon find themselves consigned to the past, Blockbuster Video being a case in point. It’s a tough balancing act to marry immediate business with that of the future, and especially so for SMEs. There’s no right answer, but for me, the acclaimed futurist Roy Charles Amara hit the nail on the head when he said, “We tend to overestimate the effect of a technology in the short run and underestimate the effect in the long run.”