Pass through cost – whether mark up to be added? Perspective of tax authorities in India

Pass through cost – whether mark up to be added? Perspective of tax authorities in India

In the recent round of a Transfer Pricing Assessment (“TPA”) of an Indian entity, a Wholly-Owned Subsidiary (“WOS”) of a foreign entity, the transfer pricing authorities in India have taken a view that the pass-through cost billed by the WOS to its parent entity and reimbursed by the parent entity to the WOS, should be done with a mark-up and not on the cost to cost basis. The said cost needs to be included in the marked-up cost base for determining the arms-length arrangement between the WOS and its group entity.

Facts of our client

In the case of the Indian WOS, on the basis the MSA entered into by its group entity with its client, the group entity had entered into a service agreement with the WOS in India. In addition, there was also a tripartite agreement that was entered into among the WOS, the site, and the investigators in India for undertaking clinical trial activities in India. The service recipient, in this case, had also signed the agreement as a confirming party to the agreement entered among the Indian Parties. The medicines / drugs that were required for undertaking the clinical trials in India were supplied directly by the service recipient to the site. To undertake the clinical trials, the Indian entity had to make payments to the sites and the investigators which were like pass-through cost. The same was invoiced by the WOS to the group entity on the cost to cost basis. This was in addition to the invoice raised by the WOS on the group entity for the services of clinical trials rendered by it. The invoice for intercompany services was raised on a cost-plus basis.

View of the transfer pricing authorities at a lower level

The transfer pricing officer has taken a position that the pass-through cost should be added to the marked-up cost base for determining whether the transaction between the WOS and the group entity is on an arm’s length basis.

We have filed an appeal with the higher authority challenging the view of the lower level. 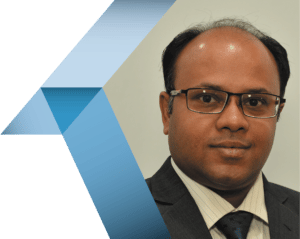 Kreston SNR will be taking part in the International Climate Summit 2022 – Opportunities for Green Hydrogen in India, scheduled to be held in Bergen, Norway on 30 and 31 August 2022.